The background: One Stop Flooring is a successful flooring company that wanted to move with the times a little more and appeal directly to the property development marketplace, in addition to the local retail customers they served. In doing this they wanted to create a more high-end feel to what they already had running. The trouble was the name kind of implied a budget or value feel, and the owners didn’t want to move away from a name that had become established.

What we did: Even though it is a trick that we hate, to employ it was the only way around this. We used the initials of the existing brand name as a way of keeping something the same and yet being different. Hence the OSF. What we did, though, was add a sub-name which ran alongside the OSF, ‘evolution’, this was to give it a bit more of an emotional feel, and to show the progress from the existing brand name.

We created an identity for them and a colour palette, alongside the usual materials such as business cards, letterheads and so forth. Using this vehicle of the circle, we brought that out as much as we could with the orangey red colour set in an ocean of white.

From here, we created a brochure to send out to property developers, as well as a separate website for that market. 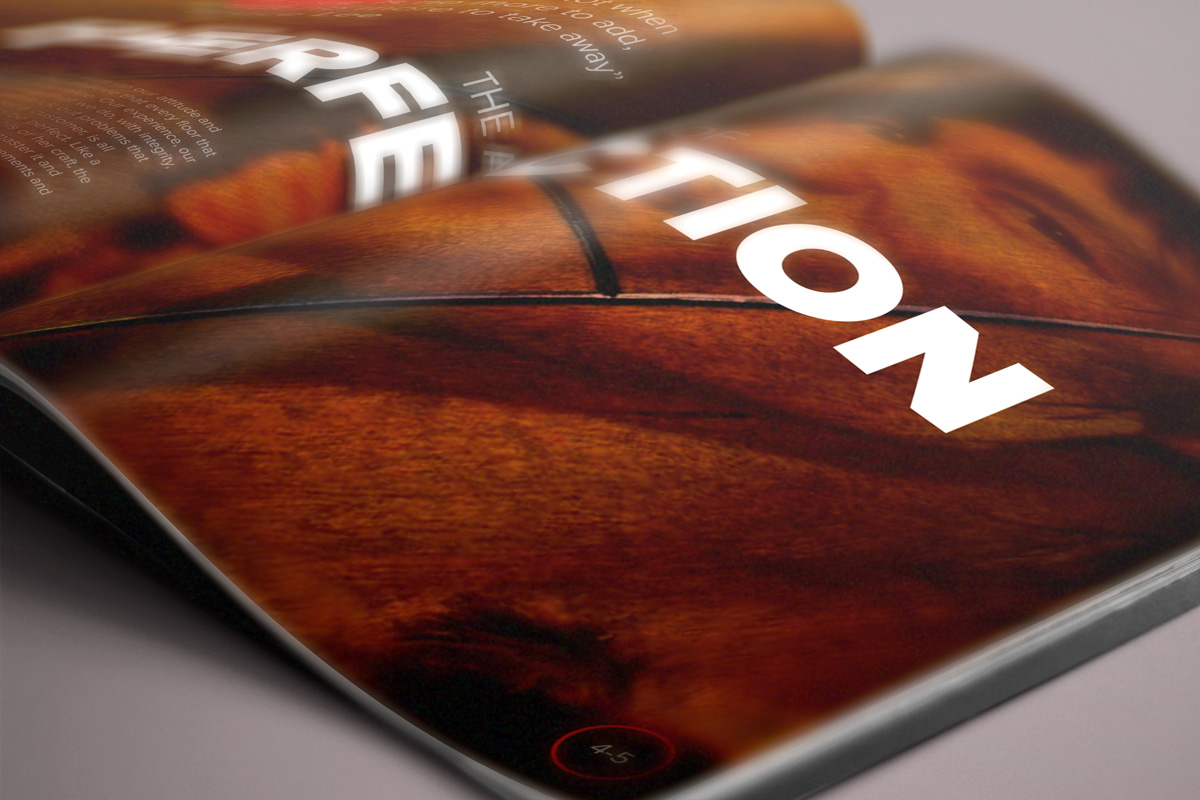 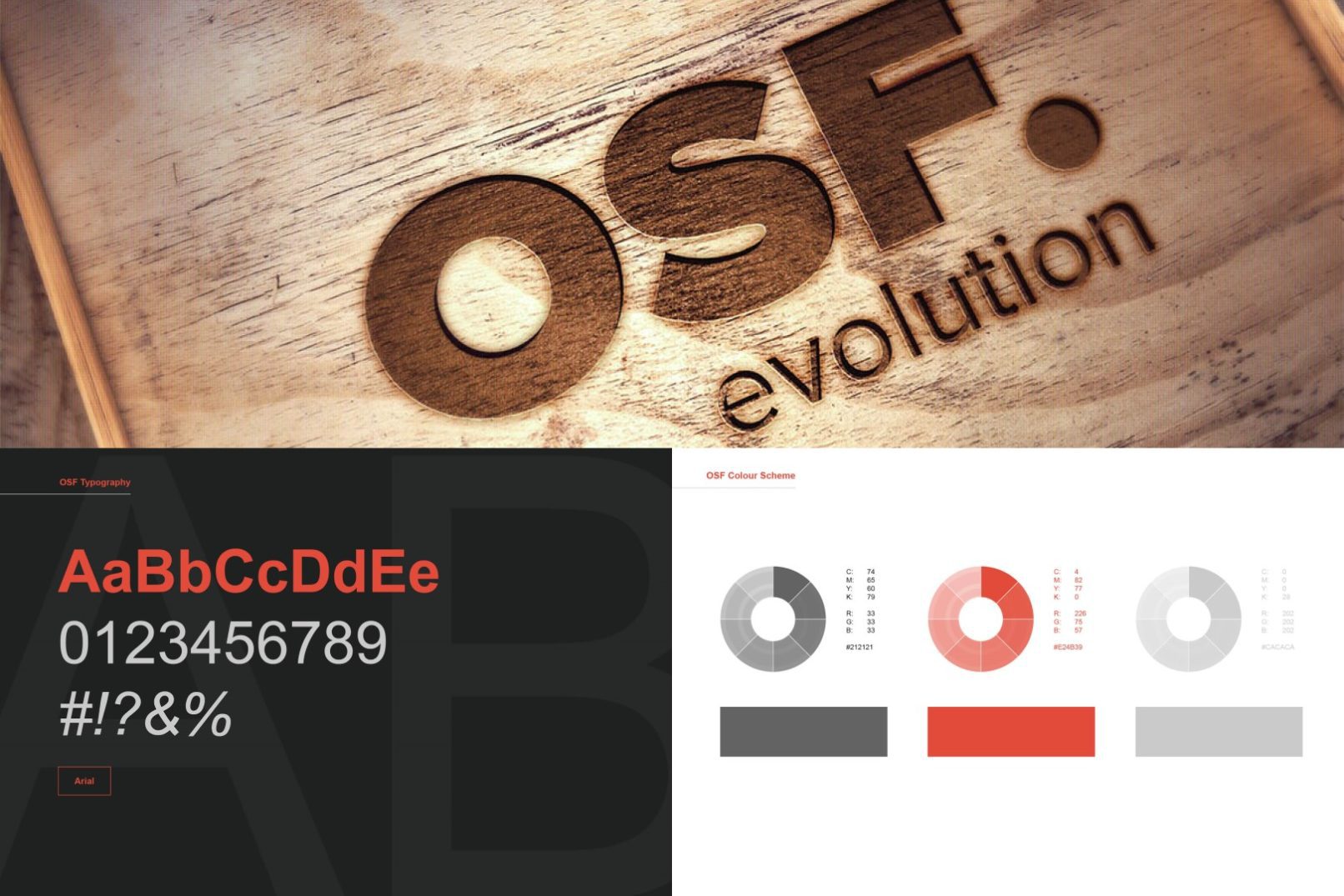 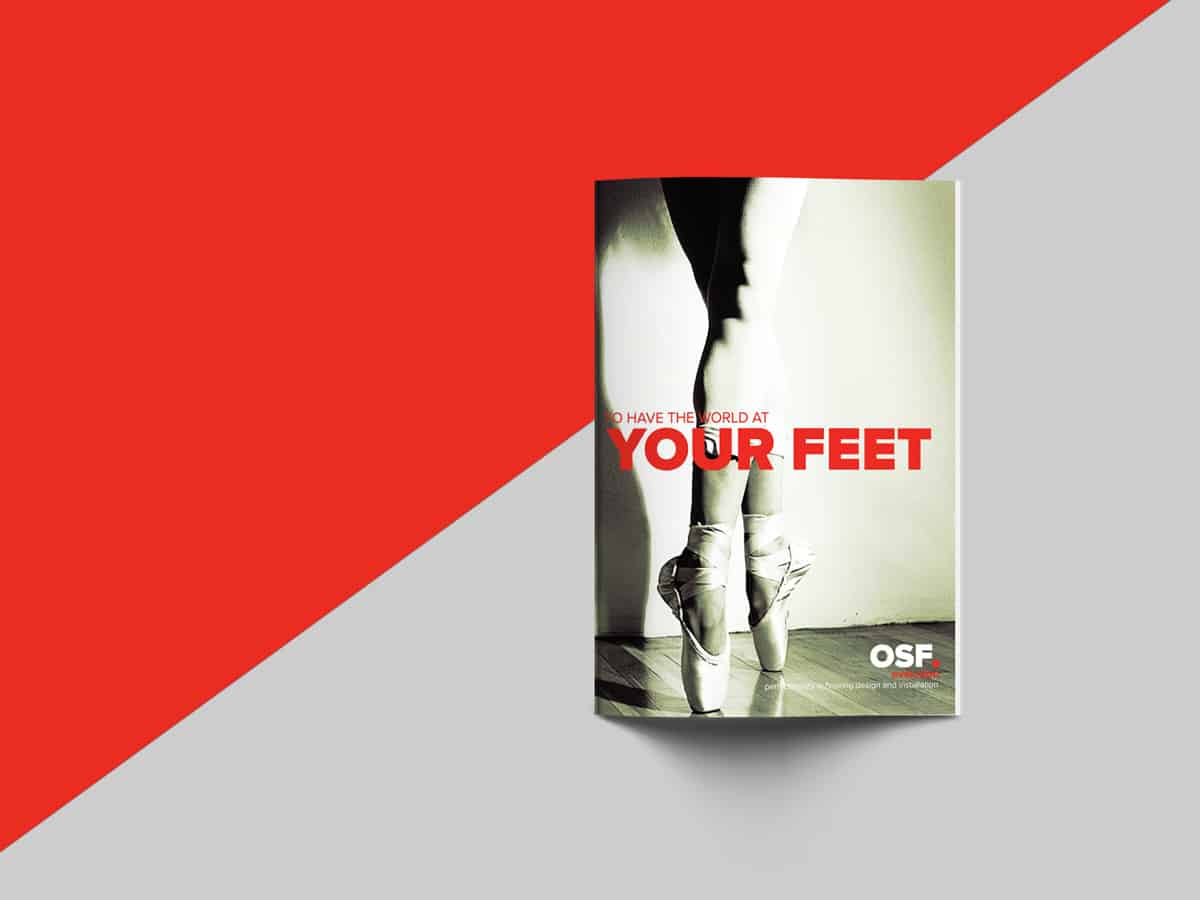 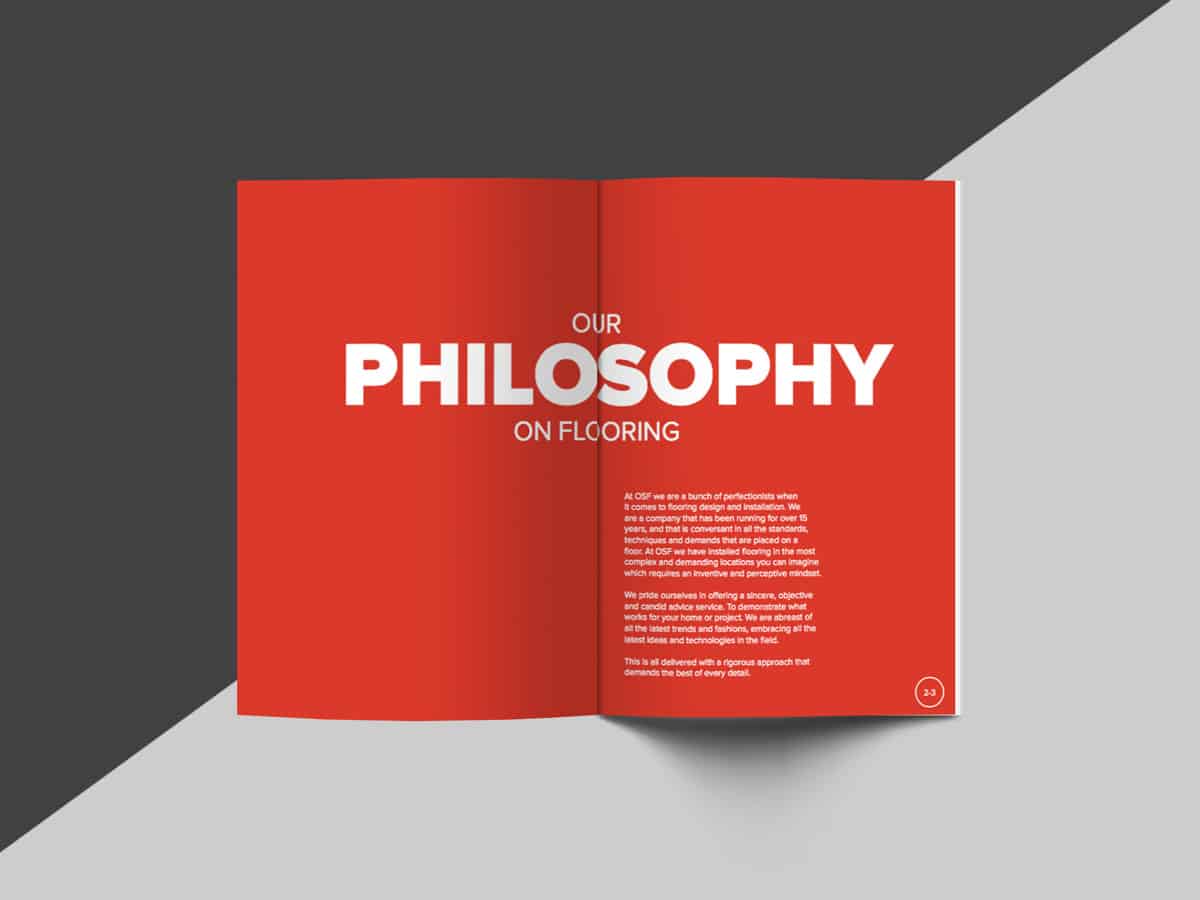 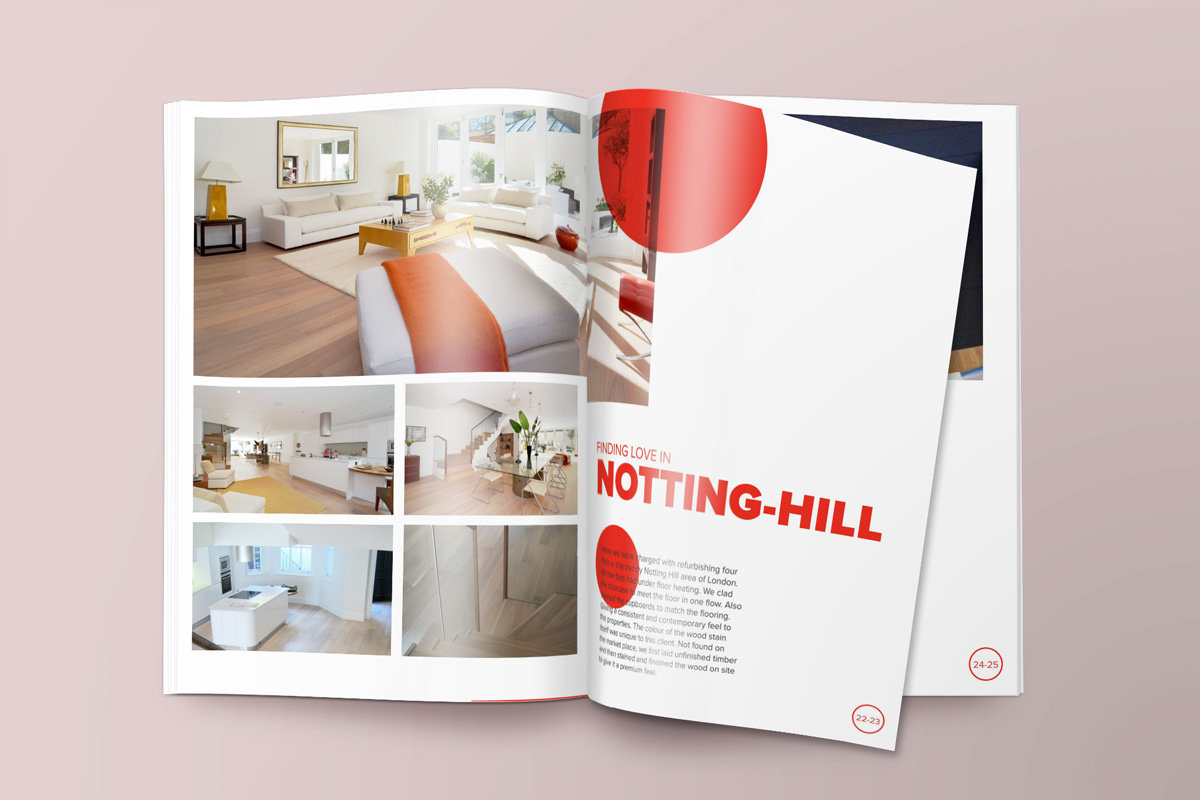 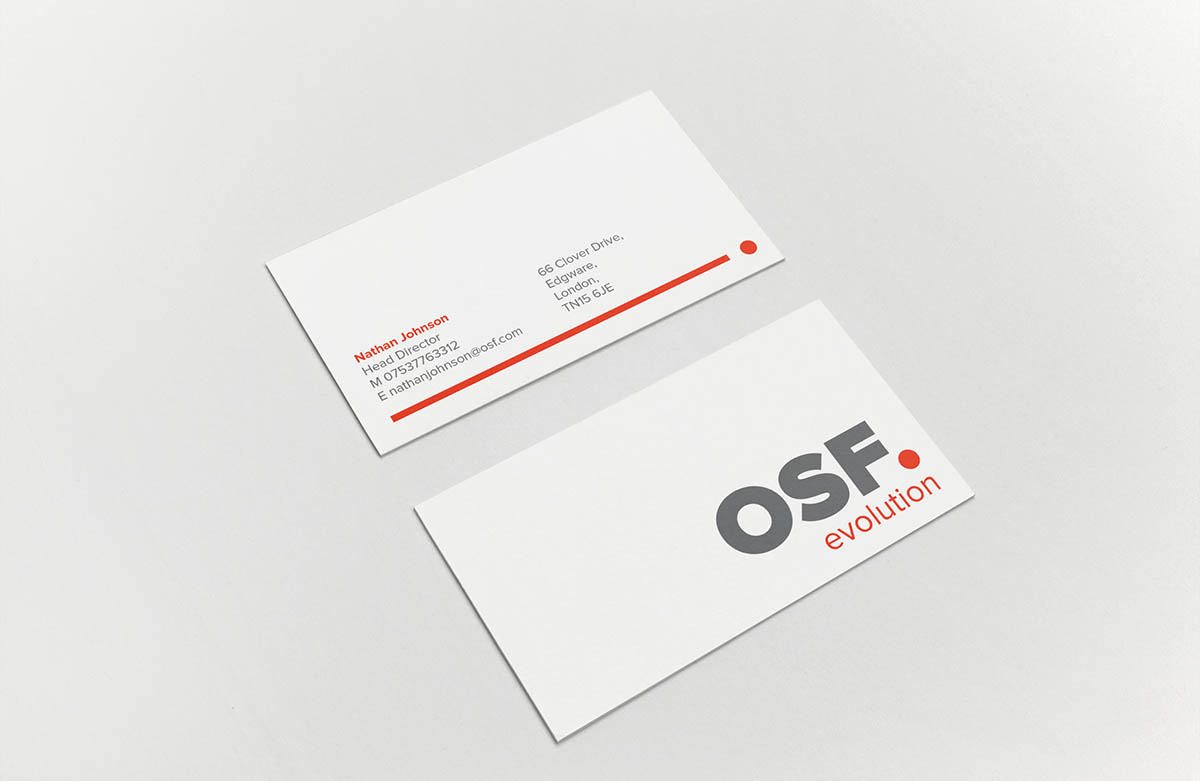 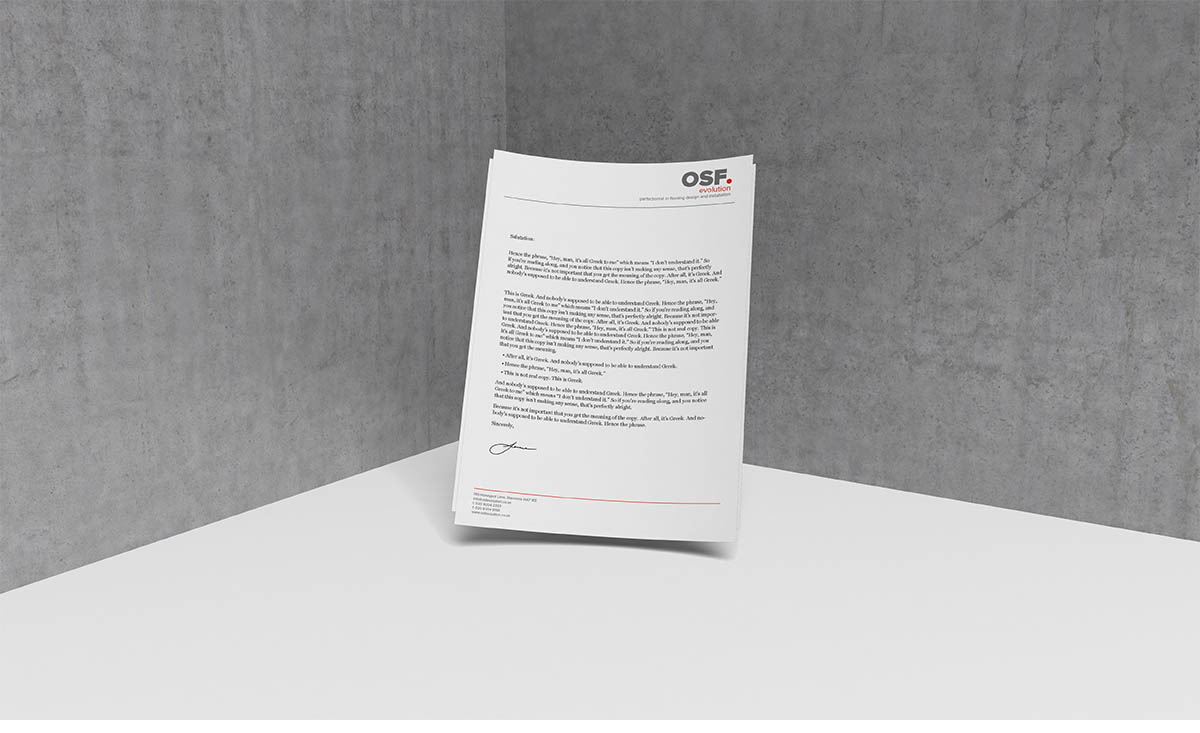 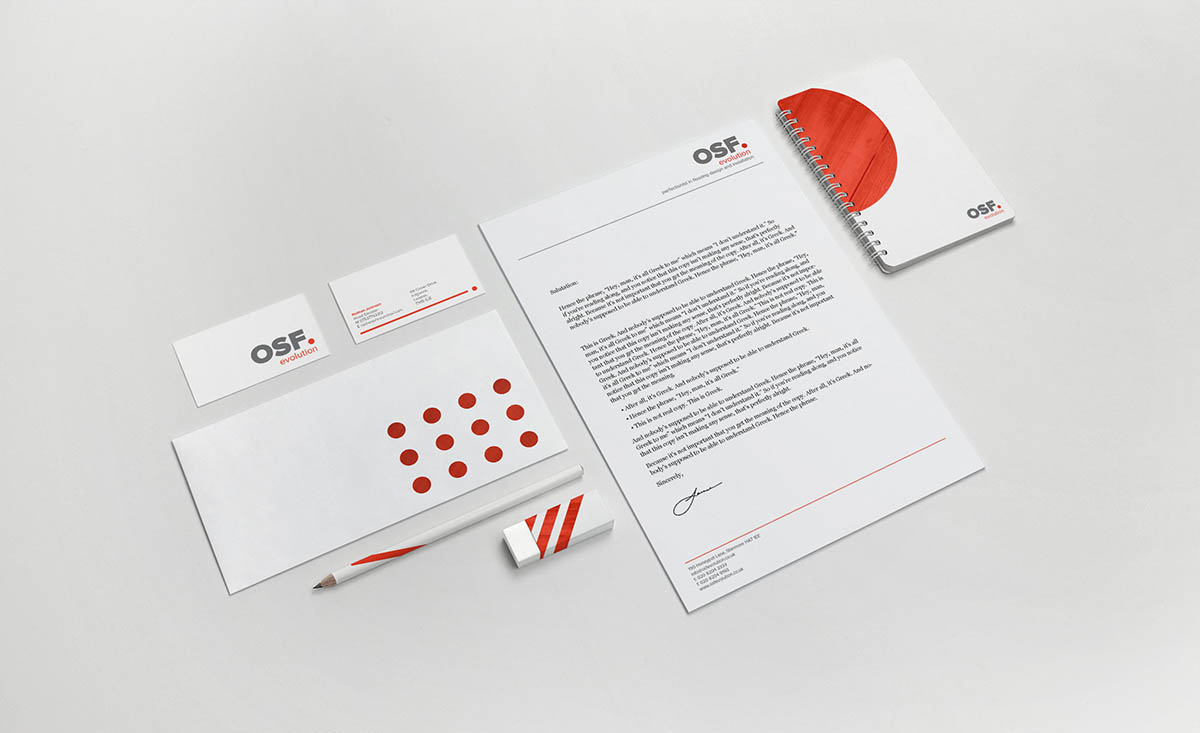